Beautiful and natural breastfeeding and babywearing photography in London & Essex

Whether you are breastfeeding a baby, tandem nursing a toddler or babywearing an older child, why not document these beautiful and natural moments with a lifestyle photo shoot? You can book an individual session or a group session with your local sling library, NCT group or breastfeeding peer group. Sessions can take place either in the comfort of your home or at an outdoor location of your choice, for example, a cafe or at a local park. Discounts are usually available for group sessions, for example if you and your sling library book together.

If you are not breastfeeding and would like to document your feeding session, whether that is pumping or formula feeding, then please contact me as I would love to capture these special moments for you too. 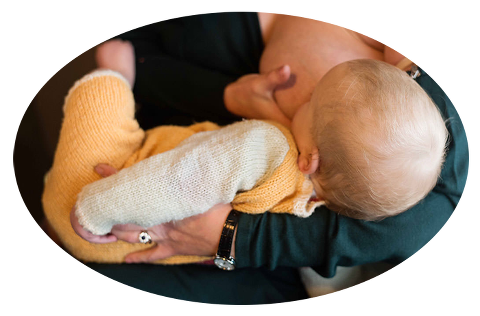 “Everything I’d hoped for”

"I'd never thought about doing a breastfeeding shoot, and wasn't sure what to expect. It was wonderful. Kofo was warm and friendly and put me at ease. Nine month old Daniel was ready for his feed (but not too ready!) and relaxed straight into it. But was also playing to the camera, cheeky! I was excited about seeing the photos, and they were everything I'd hoped for. The feeding shots really captured the beauty and intimacy of breastfeeding, and made me feel proud of my feeding achievements. And she really captured Daniel's personality in the post feed shots too. It was a wonderful experience and I would wholeheartedly recommend a breastfeeding shoot with Kofo." - Ruth, Daniel's mum